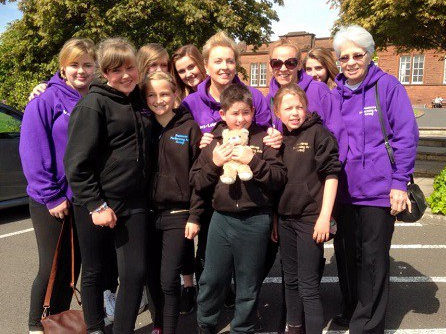 The Gatehouse Bunker: History
Back in 2003 the then Community Centre management team, chaired by Dorothy McFadzean, approached Pastor Malcolm at the Christian Fellowship which was one of the centre’s main users.  She asked whether the church had any use for a vacant room in the community centre.  Until then it had been earmarked as a “youth room” but, for a long time, had been unused, largely due to the success of the Drop-in Centre.
That was the seed of the idea that became the Gatehouse Bunker!  Pastor Malcolm saw an opportunity for the church to serve the community by providing a new activities club for primary aged children and, very quickly everything seemed to come together.  But why that name?
Around that time Pastor Malcolm had been with his family on a visit to a place that had been Scotland’s best kept secret for over 40 years through the ‘Cold War’.  Hidden beneath an inconspicuous farmhouse near St Andrews, Scotland’s Secret Bunker, would have become the hub of Scotland’s government in the event of a nuclear attack!  Thank goodness that never happened and the Secret Bunker is now a popular tourist destination!
Inspired by the extent of the secret bunker and it’s potential role, Malcolm had a picture of a Gatehouse ‘Bunker’, –  a ‘hub’ where generations of primary-aged children could be equipped to play a full and active part in their community.  And so it was that the Bunker started in 2003 with a team of volunteers led by Pastor Malcolm and The Gatehouse Bunker became a registered charity a year later.  A short while later, Sara-Leigh Cain, another member of the church with a passion for the performing arts, started a performing arts group Bunkeroo, for the same age-range!
There was nothing secret about this Bunker but, in some ways, for years, it has been one of Gatehouse’s best kept secrets!  Few people who walk past the Community Centre on a Tuesday or Friday night could realise that, in that inconspicuous building, children are developing qualities and skills which contribute towards development of health and wellbeing, whilst improving young people’s confidence and self-esteem, personal reliance, perseverance and team-building and social skills.
The two groups have gone from strength to strength and, when Pastor Malcolm moved on to pastures new, Sara-Leigh became leader for both groups and has built up a great team of adult volunteers helpers and young leaders.  Following Pastor Malcolm’s departure, the church, now known as the Community Church, appointed Pastor Chris as their new leader in 2012.  Chris became chair of The Gatehouse Bunker and we became a Scottish Charitable Incorporated Organisation (SCIO) in 2013.  In recent years we have built links with other organisations in Gatehouse and it became a natural progression to look at ways to connect with other generations.   We will continue now to build on our successes and extend the scope of our activities to promote understanding and mutual respect across generations and to play our part in developing a more cohesive community.

In order to operate effectively and fulfil its legal obligations, The Gatehouse Bunker need to collect, maintain and use certain personal information about current and past attendees, employees, volunteers and other individuals with whom it has dealings. All such personal information, whether held on computer, paper or other media, will be obtained, handled, processed, transported and stored lawfully and correctly, in accordance with the safeguards contained in the Data Protection Act 1998 (DPA). A copy of our Data Protection and Confidentiality Policy is available on request.